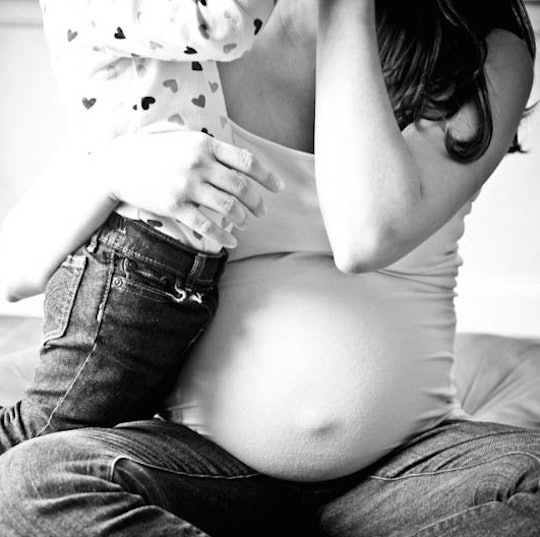 People’s tongues are often looser around pregnant women, which I like to think is a side effect of excitement about the science-magic happening insider her body, and the cute baby that will hopefully come out of it. Maybe there’s a kind of evolutionary instinct to become overly involved in the life of a pregnant person because somewhere in our monkey brains we think, “I must offer her my unsolicited advice in order to help perpetuate our species.” But the rule is very simple: If you wouldn’t say the kind of things you’re saying to someone who wasn’t pregnant, then you probably shouldn’t say them to a pregnant person. And in case you’re the kind of person who makes a habit out of commenting to people about their bodies, maybe just… don’t say anything. Ever.

Sometimes pregnant women are treated very nicely: They are given seats on public transportation, priority seating on planes, and people are usually more understanding of their physical or emotional limitations. But often, pregnant women are treated as though they were adorable animals at a children’s petting zoo: They are touched without permission; they are cooed over. Guys, it’s not fun to be a petting zoo lamb. It’s even less fun to be treated as the subject of someone’s concern-trolling, which happens pretty frequently as well.

The thing is, I don’t think 95% of people ever mean anything bad by the things they’re saying when they comment on a pregnant woman's body. I think it's more a case of them just not thinking their words through (which, of course, tends to be a problem in all walks of life). So if you don’t mean anything negative, how can you know what to avoid saying to your pregnant loved ones? Well, I’ll tell you...