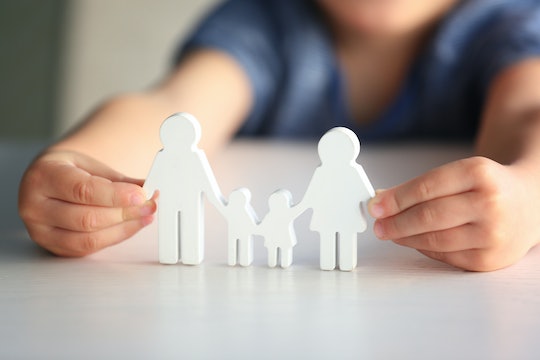 7 Things You'll Want To Say To Your MIL, But Can't

Relationships with in-laws are, uh, tricky. As a mother of two, I hope to not deal with some if the issues I've had to. In attempting to blend into my husband's family, there have been times I questioned whether or not our relationship was even worth it. I love him, but yikes. I's been lot of unnecessary stress through much of our 13 years together. If you've married into a family where there seems to be nothing but drama, there's probably things you'll want to say to your mother-in-law that'll burn the world down in the worst of ways. Sure, it might be warranted, but hear me out: don't do it. No, seriously. Don't.

Bear with me as I play devil's advocate for a second. Assume there's a girl who falls in love with a boy. They move in together and eventually marry and have children. However, from the moment girl meets boy's mother, there's an intrinsic need for the mother to protect her boy who she views as her baby, all grown up. From the girl's side, all her new mother-in-law does is nonchalantly poke and prod, somehow coming out either the hero or the victim. It causes many problems in the girl and boy's relationship because, well, obviously.

From the mother-in-law's perspective, maybe she doesn't realize the way her words and actions present themselves. Perhaps she's merely giving in to that motherly instinct to protect her offspring, no matter the cost. What she doesn't realize however, is that her son doesn't need protecting. He's an adult. He can make his own choices. He's happy. 13 years later, this girl and boy are still married with two gorgeous babies, and yet, the relationship between girl and mother-in-law has not evolved into much of anything.

You'd think the girl would stop caring about the opinion of a woman who so clearly cares nothing about her, but obviously the girl is me and I have a hard time letting things go, especially when it comes down to a relationship I always longed for. Therefore, here are some of the things I've thought over the years that maybe I wanted to say, but didn't. (If you have found yourself wanting to say these same things, well, good luck.)