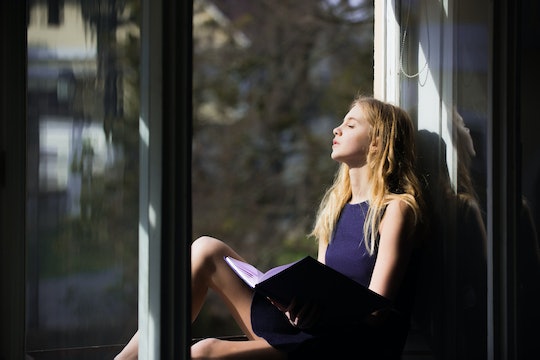 7 Unexpected Characteristics All Right-Brained People Have In Common

You may have heard in the past that people are either left-brain or right-brain dominant, meaning that one side of their brain shapes their personality and things that they do more than the other. Although more recent research has shown that that might not actually be the case, it's still fun to think about the things that people associate with being right-brained. There are some unexpected characteristics all right-brained people have in common, or, at least, that people tend to associate with right-brain dominance, about which you might want to know more.

If you've heard that left-brained people are all about the numbers, while right-brained people are more creative types, you might not be totally wrong, but your thinking might not be exactly right either. In a post that he wrote for Harvard Health Blog, Dr. Robert H. Smerling, M.D., said that the idea that people are or aren't numbers people might be true, it just might not have as much to do with what side of the brain is more dominant as people used to think. Essentially, there's a dearth of proof that shows that personality traits and one side of the brain or the other are conclusively linked.

Still, people are always looking to learn more about their personality, their brain, and why they might be the way that they are, so looking at the traits that people associate with being more right-brained is still interesting. While I can't tell you definitively that you have these traits because you're right-brained, these are some of the traits that have traditionally been associated with the right side of the brain in the past.

More Like This
Dealing With Postpartum Back Pain? Physical Therapists Share Their Tips
Why Your Vagina Smells Like Fish & What To Do About It
I Took Drinking Out Of My Bedtime Ritual & Unfortunately, It's Great
Viral Hives In Children: What Doctors Want You To Know
What Parents Are Talking About — Delivered Straight To Your Inbox