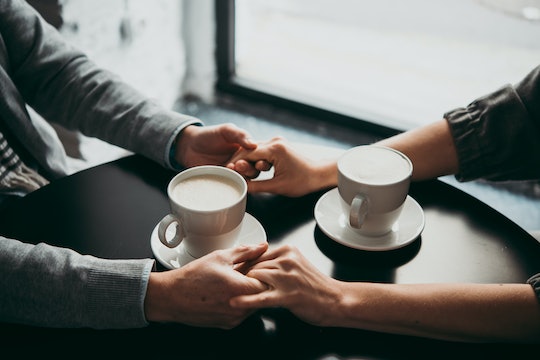 7 Unexpected Conversations That Keep Couples Faithful, According To Experts

If fidelity in a romantic relationship is important to you, you're far from alone, but you might not realize that there are a lot of things that you both can do to help influence if you're faithful to one another. Though some people don't prioritize or specifically value fidelity, for others infidelity is a definite deal-breaker, and that latter group might want to know about some of the unexpected conversations that keep couples faithful, according to experts. Of course, you and your partner are both solely accountable for your individual actions — not having had a certain conversation or feeling a certain way doesn't mean that there's an excuse to stray, especially if you two have agreed to be monogamous.

More Like This
9 Things Not To Say To A Pregnant Woman On Mother’s Day
Um, "Rusty Pipe Syndrome" Is A Thing, & Every Breastfeeding Mom Should Know About It
Therapist Says: Alone Time For Moms Is A Necessity, Not An Indulgence
Can Ovulation Cause Depression? Experts Explain

"If the couple has tried to talk about their fears together and end up arguing or making things worse, couples counseling would be an option for them to have a safe place to discuss how they are truly feeling and learn ways to communicate more clearly and effectively with each other," Heidi McBain, MA, LMFT, LPC, RPT, a licensed marriage and family therapist tells Romper in an email exchange.

Whether you choose to involve a couples counselor in some of these conversations or not, talking about these things really could end up making a difference.