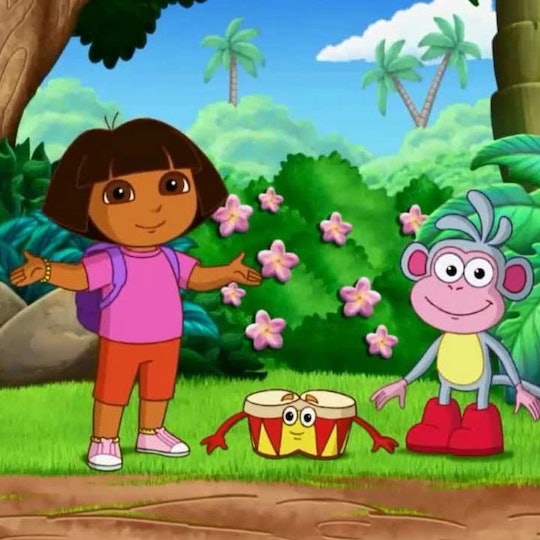 In finding positive television shows for our children, I find myself wondering whether Dora the Explorer is a feminist? I imagine the fictional animated character being interviewed for a mainstream news publication and being asked the question that all female celebrities must answer now, the ridiculous inquiry of whether or not she is a feminist. Dora, the spunky, independent, bilingual, Latina girl who has captured the hearts of children (and adults) everywhere through her show, Dora The Explorer, might be confused by the question. After all, she’s a girl who thinks she can do anything and doesn’t let her gender hold her back. The fact that she’s a girl is just one thing about her.

And sure, like most children’s televisions shows, I’m sure we could make the argument about why Dora is problematic. But the truth of the matter is that Dora holds up quite well against the majority of children’s TV shows. Despite her recent makeover, which we can all pretend didn’t happen, the original Dora is still one of the most positive representations of little girls on TV, particularly little girls of color. So instead of spending time looking for all the ways that Dora is not the pinnacle of feminist TV for kids, I’m instead going to point out all the reasons that Dora is feminist AF.