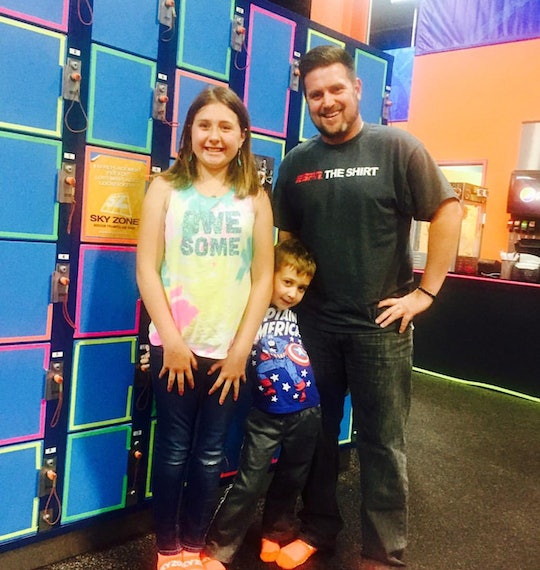 I Didn’t Realize I Was Making My Partner Feel Insecure

I say things I don't always mean. Then, of course, sometimes I do things that reinforce those things I don't mean. It's a vicious cycle made most evident in my romantic relationship. For example, there are ways I didn't realize I was making my partner feel insecure in his parenting and, well, now I feel just awful about it. Let me be clear, he's an amazing father. In writing that, I realize I don't say that nearly enough and perhaps I spend too much time focusing on the negatives instead.

When we became parents, neither my partner nor I had any idea how good of a job we'd actually do. While he had a pretty stable upbringing, my childhood left me conflicted as to whether I could be the kind of parent I needed, but ultimately didn't have, growing up. Coming from these two separate schools of thought, we've had a lot of conflict through the years as we tried to find common ground. Still, when I look back and see how I might've been overly critical at times, it's obvious my partner was doing a great job.

Because my partner is so passive, and a master at avoiding conflict completely, he'd never tell me if I've made him feel insecure. It's only through reflection that I've come to realize I could've handled things differently. With that, here's some ways I might've made my sweetheart feel insecure with his parenting, even though he didn't deserve one bit of it.