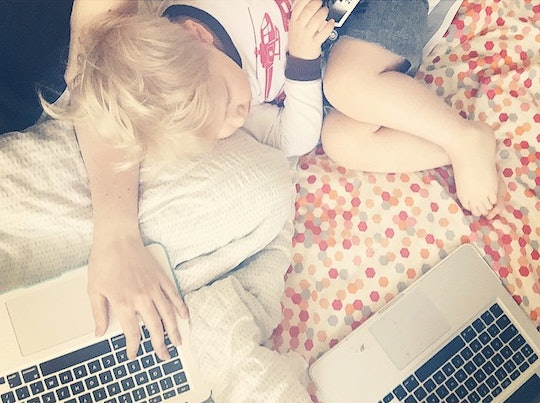 7 Ways Millennial Moms Are Parenting Differently Than Their Parents

While Baby Boomers and Gen Xers like to imagine those of us born between 1980 and 2000 are a bunch of hapless, entitled, overindulged, narcissistic babies (which is pretty rich considering they raised us), one description they probably don’t associate with “Millennial” is “parent.” But in fact, Millennials make up 90% of new mothers. So watch out, elders: We’re moms now and we’ve got ideas! Lots and lots of ideas about how we’re going to shake things up!

“Millennial” it seems has, in many instances, become less descriptive and more pejorative: “Oh, those damn Millennials, what with their iPhones, and Twitter, and Kardashians, and always slacking off and thinking the world owes them something.” Of course, when it comes down to it, swapping out a few details one could just as easily find similar complaints for not only Boomers and Gen Xers, but every preceding generation, so I don’t take it personally. But in spite of all the negative media spin and the rants of your obnoxious aunt at Thanksgiving who just learned the term “Gen Y” the week before and incorporates it in every complaining conversations she can muster, Millennials really aren’t so bad. Generally speaking, they’re really not so different from their parents and grandparents, and the differences that do exist aren’t necessarily a bad thing! This is especially true when it comes to raising our kids, which we're doing in markedly different ways than any other generation before us (yes, I know, it's very Millennial of me to think we're so exceptional).