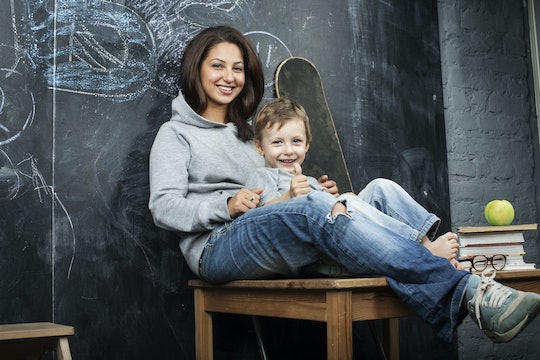 Motherhood is not a one size fits all deal, but that doesn't seem to stop the ways society subtly stereotypes moms. It's been happening for so long, you may not have realized the sneaky ways these ideas about what and who a mom should be have creeped into your subconscious. I'll admit it, I have fallen for some of these myself. When I became a mom, I believed I needed to act a certain way to be considered a "good mom." I fell into the bad habit of questioning my thoughts, actions, and beliefs when they did not line up with the image of good moms that was being projected by society in different ways.

It wasn't until I had time to step back and reflect that I began to realize how most of those stereotypes are not only a bunch of crap, but totally unrealistic and slightly sexist. Realizing that there are 100 different ways to be a mom is freeing — it gives you permission to define the role as you wish. Most moms I know value the realness of moms who tell the truth about their lives and share their struggles instead of trying to keep up with stereotypes.

For some good examples of how this situation can happen, check out these seven ways society subtly stereotypes moms, and don't be ashamed if you've fallen for some. It happens to the best of us.