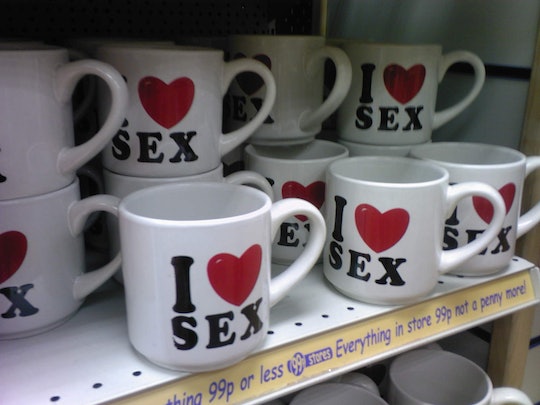 7 Ways To Be More Sex Positive In One Day

When I think about sex positivity and the way I was taught about sex, I’m mildly disappointed. Sex positivity wasn’t an integral part of any education I had. Like most other young women my age, I was taught that sex is bad, chastity is good, and waiting till marriage was key. Imagine my shock when sex positivity came into vogue. And with this new-found knowledge, I've been searching for ways to be more sex positive, even in just 24 hours.

I have a vivid memory of being 13 years old, sitting in a Girl Scout troop meeting, and watching a sex education video with my best girlfriends. The video was far from sex positive, and honestly one of the least educational videos I’ve ever been subjected to in my entire life. (Which says a lot, because I spend a lot of time on the internet.)

Regardless of what I was taught as a young woman, I’m relearning what it means to be sex positive now, and embracing the movement one step at a time. Imagine a Sex-Ed class where students are actually taught about sex, instead of abstinence only. Imagine a day where safe sex is promoted and encouraged. Imagine a world in which nobody’s judged for their sexual proclivities. Imagine it, because that world is well on it’s way. And you can help by becoming more sex positive and teaching others to do the same. And it all starts with these seven simple steps.