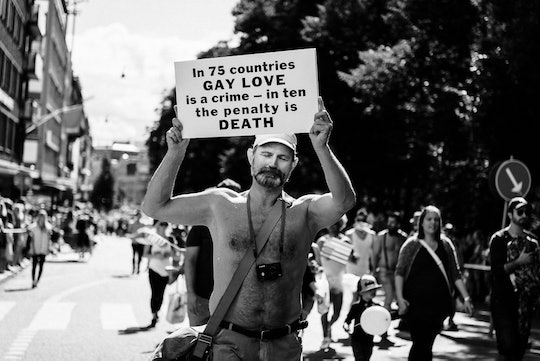 Now that marriage equality has passed, many people think that LGBTQ equality has been achieved. But anyone who knows anything about queer rights in America knows that isn’t the case. If you have a friend who doesn’t quite get it, there are ways to explain LGBTQ equality to them, if they care to learn.

If you’re a queer person yourself, you shouldn’t have to do all the hard work. Feel free to point them to some resources, but it shouldn’t be on you to defend your humanity and right to live. If you’re a straight ally, you get to do some more heavy lifting when it comes to explaining why we have a long way to go in order to achieve LGBTQ equality.

In a country where, according to a 2014 report from the National Coalition of Anti-Violence Programs, more than 90 percent of LGBTQ homicide victims are people of color, 72 percent of those victims are trans women, and more than two-thirds are trans women of color, this violence is a major issue. Not only that, LGBTQ youth are at high risk for homelessness and suicide, and LGBTQ people of color have the highest rates of poverty of any group in the United States. It’s clear that we have a long way to go, so here are some ways you can explain that to your friends.