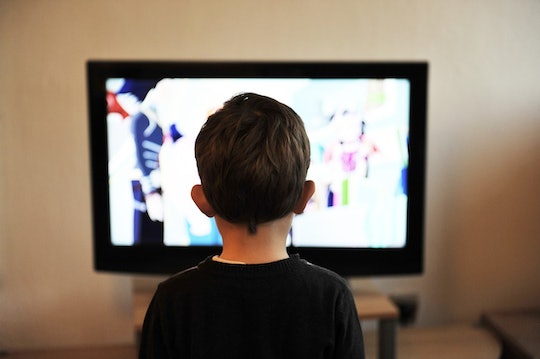 Whether you grew up peeking through your fingers or watching with eyes wide open, horror films can have a huge impact on you. But are frightful flicks simply harmless works of fiction? Though the probability of monsters being under your bed has dwindled as you've grown older, if you're a parent, your concerns have probably shifted towards your child. It may surprise you that there are actually several ways watching a scary movie affects your kid later in life. Does this mean that you should start censoring what your family watches? Not necessarily.

Obviously not everyone who saw scary movies is left with emotional scars, but you have to admit that you've had at least one moment in your adult life where you wondered what lurked behind the shower curtain in your bathroom late at night. As an adult, you can laugh off these momentary fears because you know better. However, some might argue that children could be unable to separate the imaginary world from the real one.

So, will movie night occasionally include monster films and spilled popcorn or will channels be blocked and horror flicks be banned? That choice is up to you, and to help inform your decision making, here are some ways watching a scary movie affects your kid later in life