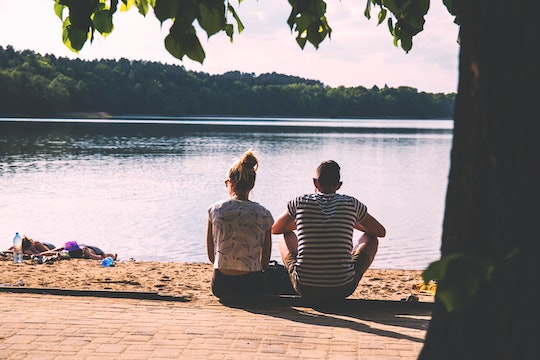 7 Ways Your Relationship Benefits From Being In A Rut

When you're in a relationship, ruts aren't usually the part you look forward to. The butterflies, fun traditions, companionship, and "other" parts, yes. But no one gets excited about the hard times. Try as you might to avoid them, however, the hard times will come. But are there any ways your relationship can benefit from being in a rut? Surely, hard times don't have to mean the end of a good thing, right?

According to one study by the University of New York, the honeymoon phase lasts about 30 months — at which point most couples have apparently gotten "enough" of each other. Kidding. But in all seriousness, after the honeymoon phase has worn off, the odds increase that you'll encounter a rut or two in your relationship together.

Big or small, serious or easily resolved, ruts are bound to happen. But the good news is that, in the long run, your relationship will probably be better off for having made it through the hard times together.

Granted, there are situations that are much more than just a rut, and those should be dealt with accordingly. But for the "rough patches," the arguments, and the ruts, know that there's a light at the end of that tunnel that might turn out for the better.

More Like This
43 Instagram Captions For National Brother’s Day That Say It All
Say What's In Your Heart With These Stepmother's Day Quotes
Katrina Scott On Being First Pregnant Model In Sports Illustrated’s Swimsuit Issue
Ashley Graham On The “Fun, Organized Chaos” Of Raising Twins