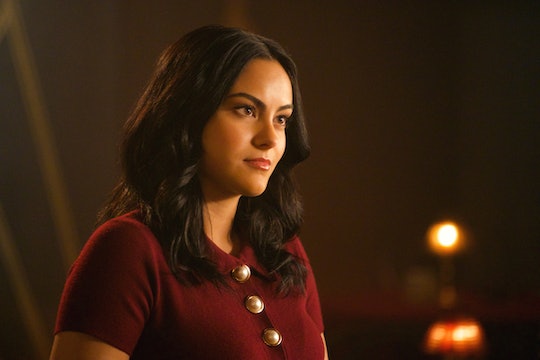 These 7 'Riverdale' Theories Are Bizarrely Plausible

Part of the magic of Riverdale is that almost any fan theory can turn out to be true. Who could have ever predicted the reign of the Gargoyle King, or an unexpected bear attack? Any wild idea you whip up could easily end up unfolding on your screen the following week. And while the 7 weirdest Riverdale theories certainly play with the boundaries of believability, that doesn't mean they won't happen. If aliens landed in town in the next episode, would anyone actually be surprised?

For a show that likes to toy with reality (to put it mildly), figuring out its future is a real task for fans. But these viewers have certainly tried. While some of the theories on this list are more than a little tongue-in-cheek, others go for broke in trying to out-weird the Rivderdale writers before they can do it themselves. Expect the unexpected with this show and be prepared for anything.

It's hard to find any theory implausible after watching supposedly normal high school kids investigate serial killers who are also their dad, or join juvie fight clubs while half the town is stoned on alliterative candy drugs. Let your speculation run amok. Perhaps these Riverdale theories are too weird to be believed. But maybe they're just weird enough.