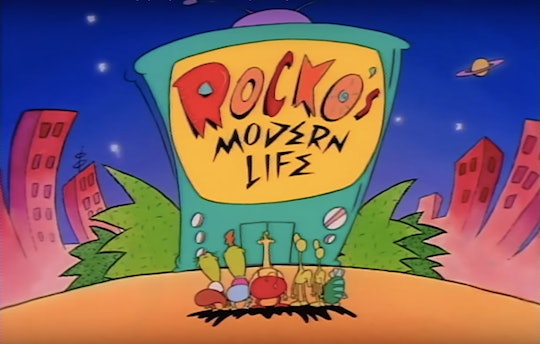 I look back on my '90s childhood with great fondness. It was the era of the Tamagotchi, cheek glitter from Bath & Body Works, and the incredibly fashionable, oh-so-timeless bucket hat. As a child of the '90s I know I'm biased, but I truly believe I had the best possible childhood. If I could give my children an identical one, I'd be thrilled... well, except for one thing. Watching some of my old favorite cartoons now as a 28-year-old, I'm shocked that they were ever considered kid-friendly. These are eight of the '90s cartoons you'd never let your kid watch now, but totally will one day.

I'm all for show creators sneaking in a few jokes for the parents — after all, that makes a lot of children's TV watchable — but some of these shows contain plenty of jokes that aren't fit for anybody. You don't have to be a helicopter parent to prefer your children digest wholesome, meaningful television content. Whether it's gross humor, offensive themes, or generally questionable behavior, I'm going to pause — maybe temporarily, maybe permanently — on showing these particular cartoons to my own future kiddos. Instead, I'll play "As Long As You Love Me" and get hit with a wave of nostalgia.