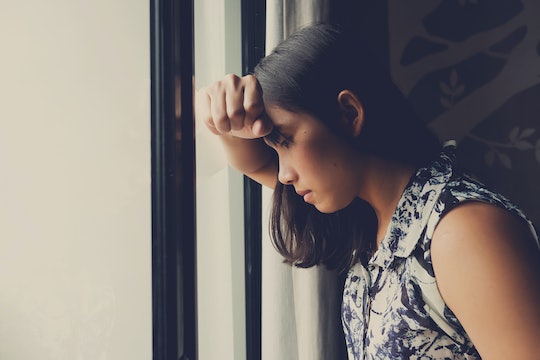 Feeling lightheaded or dizzy can be really scary. It's probably not something that happens to you on a regular basis, which means when it does happen, it can catch you off-guard and makes you feel more than just a little bit unsteady. There are actually some alarming things it could mean if you ever suddenly get lightheaded, however, and it's important to know more about them because, in some cases, the seemingly innocent symptom of being lightheaded can be a super early warning sign of something way more serious. And if it is a sign of something more serious, it's likely important that you recognize what's going on and take action sooner rather than later.

When you experience lightheadedness, you might also notice that you feel a little bit weaker than you normally do, as if you might stumble or even fall over. Sitting down and drinking a class of water can sometimes make you feel more grounded, but if you're not sure why you're feeling lightheaded — it's a total mystery — dismissing your feelings of lightheadedness might not be a good idea, particularly if you're experiencing additional symptoms of serious conditions. Lightheadedness can mean more than just temporary dizziness, and it's important to understand what some of those things might be.