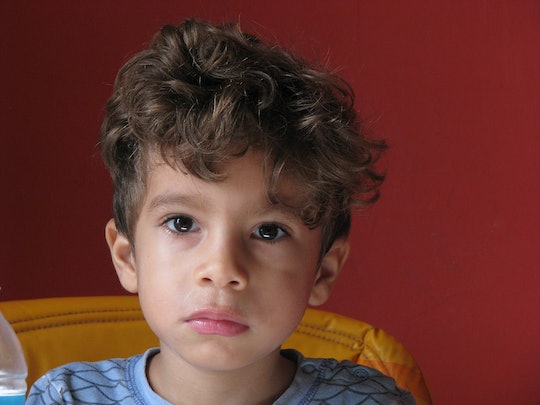 8 Early Signs Your Toddler Has Depression

Sorting things into boxes makes life a little bit easier to understand sometimes. But not all experiences fall into just one category or adhere to a simple label. For instance, plenty of people tend to think that mental health issues mostly occurs among adults or adolescents. The reality, however, is that children can also be affected. If you're concerned that your little one might be going through more than just "a rough patch," you may want to consider looking for early signs your toddler has depression. Even though kids around that age are typically the picture of exuberance and energy, mood disorders can still happen.

My friend's daughter was diagnosed with depression as a toddler and, at the time, I thought it was impossible for such a heavy condition to affect someone so small. But, like many others, I now know that mental health issues don't discriminate against age, race, gender or any other kind of classifier. In fact, acknowledging its prevalence is a huge step towards taking away the stigma that often surrounds mental disorders. The brain is a part of the body, just like anything else, and is equally deserving of treatment without bias. So if you think your toddler might be depressed, here are some signs to know about.