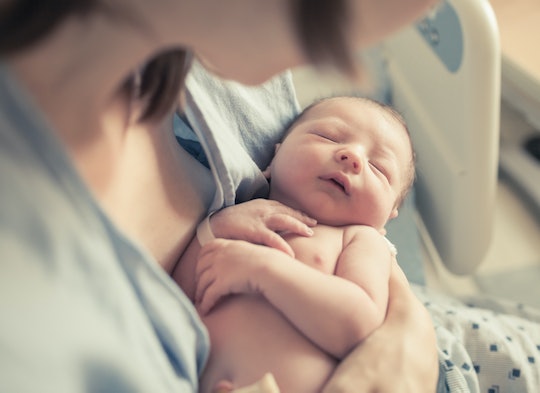 8 Gross & Horrible Things About Postpartum Recovery That You Don't Know

The vast majority of women, even those who've never previously been pregnant or given birth, are well-aware of the horrors of pregnancy and childbirth, but people don't talk as much about the horrors awaiting new moms right after they've given birth, while they're trying to recover from, you know, pushing a baby out of their body (or major surgery). There are all kinds of gross and horrible things about recovering from pregnancy that no one ever tells you about and that you, more likely than not, don't even know they exist until you go through them yourself.

As if the exhaustion and overwhelming responsibility of having to care for a brand-new tiny person wasn't enough, there's also an awful lot going on with you that you need to somehow handle. You thought you'd seen all the weird and gross things that could happen to your body while you were pregnant, or at least while you were actually giving birth, but there's even more to come. Sure, you're grossed out, in pain, and adjusting to a new family dynamic, but the good news is, you have a new baby to snuggle up with during all of this — and, for the most part, it's not going to last forever.