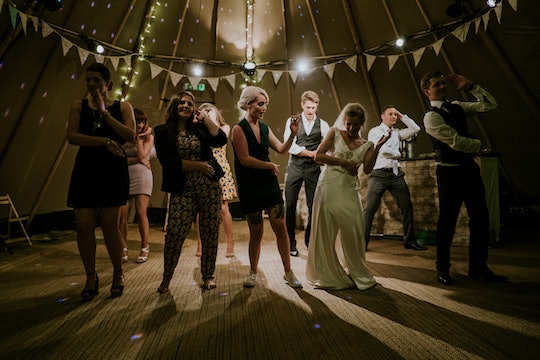 No matter what my kids say, they have the coolest mom, ever. You're looking at the mom who, 10 years ago, sat through High School Musical On Stage, even after learning that Zac Efron wouldn't be in attendance. Over the years, I've taken my kids to see One Direction, Panic! At The Disco, and even British YouTubers, Dan & Phil. This woman right here is a cool mom. At least, I thought I was. Apparently, even the totally awesomest moms ever have habits that make your kids think you're not cool.

If your kids are little, you're probably still the apple of their eyes. And I advise you to relish this feeling, because once they start approaching double-digits, your child may suddenly cringe at the same behaviors they found hilarious or heartwarming the week before. As child and family therapist Rekha Chagarlamudi told Today's Parent, kids become concerned with what their friends thing at 7 years old. There's another shift around age 10 or 11, and then again at around age 13.

Often moms react by forcing extra hugs and kisses on their kids, or they just stop being affectionate altogether. The key is finding balance. Set some guidelines so that you can respect your children's wishes. It's also important that they respect you back and are sensitive to your feelings.

Here are some of the parenting habits that kids notoriously find uncool.