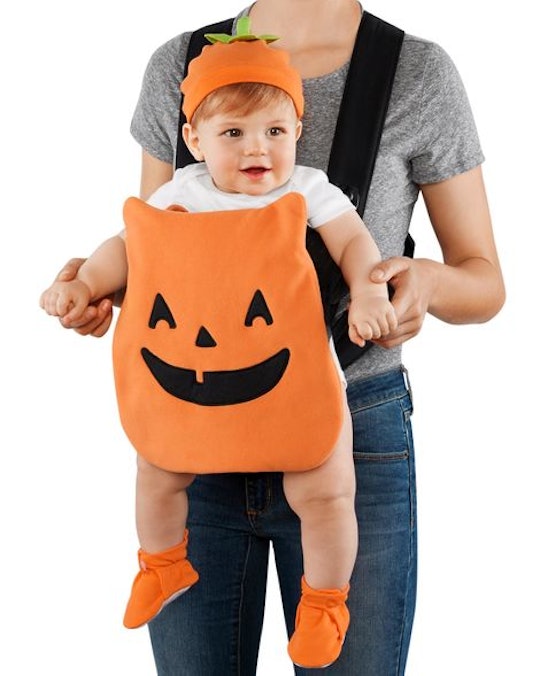 If You're Babywearing While Trick-Or-Treating, These 8 Costumes Are Perfect

I am a bit of a costume snob. I spend weeks considering the best possible costumes for myself and my little ones. Last year, my daughter went as Kiki from Kiki's Delivery Service, and my son went as a Walking Dead zombie, channeling Glenn. When they were really little, it was a bit trickier, but sometimes the result was even better than I was hoping. When my son was just a baby, he went as a T-Rex and I as Ellie from Jurassic Park, carrying him in his Ergo. You can create cute Halloween costumes for babies in carriers if you're willing to think outside the box.

When my son was a baby, there were no built-in costumes for kids in carriers. 10 years later, my how the game has changed. I don't know if it was the influence of Instagram or Pinterest, but it seems that the idea of dressing your tot for their carrier has taken off in the retail world. Huge retailers like Target and Carter's are getting in on the game, making things ever more simple for your Halloween. Dressing yourself, however? Well, ask yourself this, "How much sleep did you get last night?" Because it could be the difference between going full David S. Pumpkins and The Dude from The Big Lebowski.