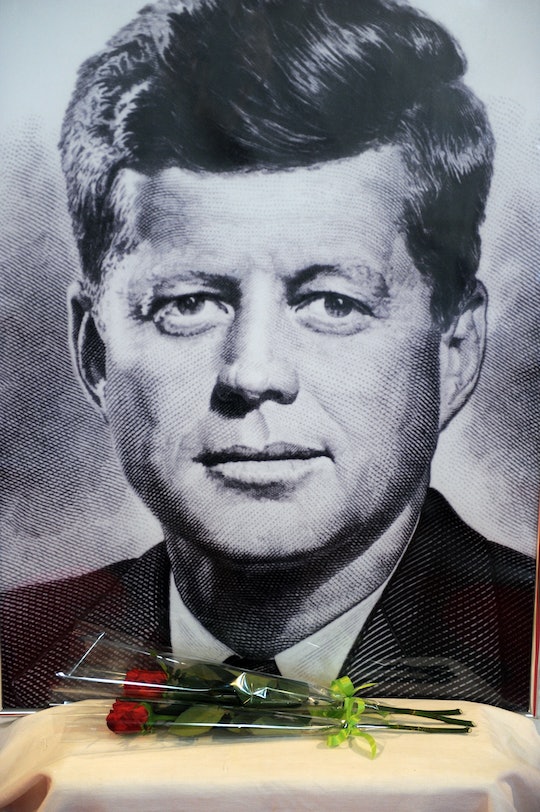 8 John F. Kennedy Quotes That Will Inspire You To Be Better, In Honor Of His Birthday

Although he was just two years into his presidency when he was assassinated on November 22, 1963, at the age of 46, President John F. Kennedy, Jr., left an enduring legacy, stemming from his work on expansive foreign policy challenges, contributions to the civil rights movement, and, along with his young family, a glamorous image oftentimes equated with American royalty. Today, May 29, would have been JFK's 99th birthday if he were alive to celebrate it. Thankfully, though he's no longer here to see it, there's a wealth of John F. Kennedy quotes still floating around that have continued to inspire generations of young people eager to follow in his prolific footsteps (or perhaps to just push a little more each day).

It's impossible to know what JFK would have accomplished had his presidency not been cut short, but both during his time in office and after, he has been immortalized in the hearts of the American people as a symbol of purpose and hope. Whether he was encouraging Americans to literally shoot for the moon through his expansion of the U.S. space program or successfully finessing the Cuban missile crisis, an incredibly tense and potentially disastrous event, Kennedy's actions and words encourage us as a nation and as individuals to strive to eschew complacency and embrace progress.