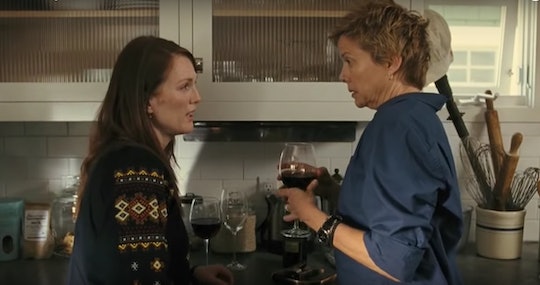 Pride Month is here, and it's all about recognizing and celebrating the LGBTQ community. That means there's no time like the present to press play on a film featuring gay families. It takes a little bit of digging to find some of the hidden gems out there, but there are some great movies that normalize same-sex parenting, while also making you laugh, cry, and everything in between.

More Like This
Moms To Toddlers Everywhere: This Aggression Will Not Stand, Man
Is The Tooth Fairy Real?
It's Not As Scary As You Think, Just Make Your Will Already
Here's What Your Kid Is Really Saying When They Tell You They Hate You

More than a hundred thousand same-sex couples are raising kids together in the U.S., according to the Williams Institute at the UCLA School of Law, though you might not realize it from the relatively small number of movies featuring them. The number of gay characters in film has gone up and down over the past few years, according to the most recent statistics from GLAAD, an advocacy and watchdog group that promotes LGBTQ acceptance. The group looked at 109 major studio releases in 2017, and found that just 14 featured LGBTQ characters of any sort. That was a sharp decrease over the previous two years. Clearly there's a long way to go toward significant LGBTQ representation in film, whether they feature families or not.

These eight movies have done their part to break that trend, and many earned rave reviews in the process.