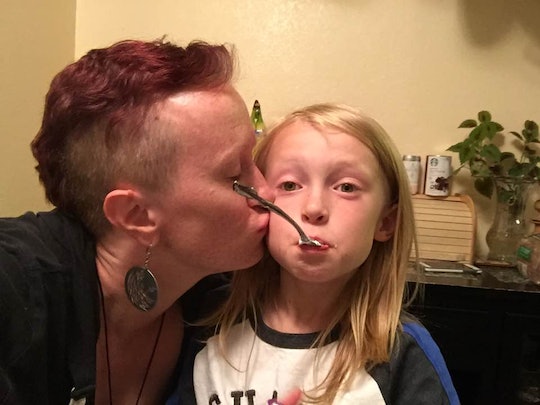 8 Parents Of Trans Kids On Why They Won't Give Up

As part of the leadership team of Trans-Youth Education Support, I've been communicating with other parents of transgender children since news of the decision broke. It's important to acknowledge the privilege this particular group of parents have. First, most of us are located in Colorado, a state with solid transgender rights protections that existed before President Obama's original guidance. Second, many of us are able to activate and advocate on behalf of our children whose own young communities "get it." Though it's a risk to do so in this political climate, we are relatively sure that, given the aforementioned privileges, we'll be safe in doing so. Still, that does little to quell the deep, nauseating anxiety for our children, and for all the other families who can't use their voices. That does nothing to help all the children in states that demonize them like Texas, North Carolina, and Florida (among others) whose caregivers can't just up and move.

When legislators say they won't protect a traditionally marginalized group's civil rights, they give a pass to all those who would spew hatred. As parents of transgender kids, the following comments reveal the strength of parental love's ability to move mountains (or mountains of bigoted hate, in this case):