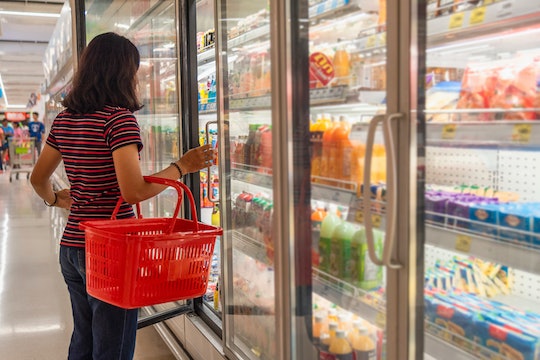 8 Signs Of A High-Functioning Eating Disorder

If you have a complicated relationship with food, the way your body looks, how much time you spend in the gym, or anything else related to those things, you're far from alone. Many people, men and women, struggle, at least from time to time, with how they think their body looks. Not all of these people, of course, have an eating disorder, but the signs of a high-functioning eating disorder are still important to know because you might not think that someone else (or even yourself) is truly struggling if it seems as though they have everything together, but there could be subtle signs there that tell you that they are.

Ultimately, you can't tell if someone has an eating disorder solely by looking at what they look like. Just because someone is thin or heavy doesn't mean that they do or don't have an eating disorder or otherwise deal with disordered eating, Dr. Alexis Conason, PsyD, a licensed clinical psychologist and eating disorder expert, tells Romper. And it can sometimes be hard to tell the difference between what's OK, what's normal, and what's a more severe red flag. Conason says that part of the issue here is that many women, in particular, aren't entirely satisfied with the way that their body looks because they're constantly being told that they should look a different way, whether that's stronger, slimmer, or something else. And because these things are so ingrained in many people's minds, there are a lot of things that might actually be problematic that doesn't register that way in your head.

"So it’s kind of a spectrum of the same symptoms that we’re all struggling with, but it can take on a different level of severity," Conason says. "But I think that it’s problematic across the board and I think that a lot of it does circle back to that it’s not so much an individual problem as much as a cultural problem and I think when we see 91 percent of women being affected by something, that’s not an individual problem, that’s a reflection of our culture, something that we’re being taught."

Understanding what sorts of behaviors that many people see as normal because they're so common, societally, but might actually be signs of a potential problem is important. But so is recognizing that each and every sign or symptom falls on a spectrum. Just because you do one of these things doesn't mean that you're dealing with a diagnosable eating disorder. Conason says that, in her mind, asking yourself the question of how much of an impact your eating, food, and body image are having on you in terms of mental energy can be important in helping you determine if you should seek help or not. Even if you aren't dealing with a disorder in the sense that you meet the criteria necessary for a diagnosis, you can still benefit from working with a qualified therapist if you're experiencing distress.

More Like This
I Took Drinking Out Of My Bedtime Ritual & Unfortunately, It's Great
Why Is My Discharge Brown? Experts Explain
Why Is My Vagina Itchy? Experts Explain
Doctors Swallowed LEGOS To Prove Everything Is Awesome For Kids Who Do The Same
What Parents Are Talking About — Delivered Straight To Your Inbox