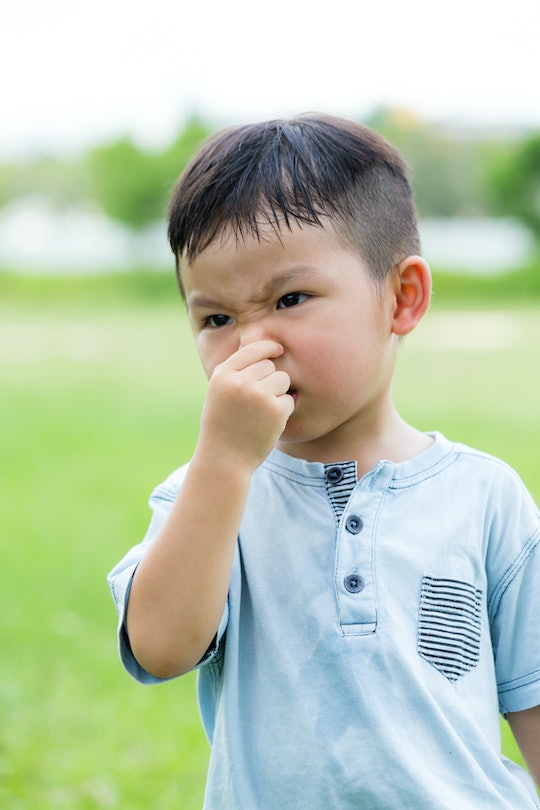 Here Are 8 Signs Your Toddler Actually Has Seasonal Allergies... Not A Cold

Spring has officially arrived, and so has the onslaught of allergy season. If you're one of the millions of adults who is plagued by seasonal allergies, that's bad enough — but what if your toddler has allergies, too?

It used to be accepted wisdom among doctors that children under the age of 2 couldn't develop allergies because their immune systems were too immature, according to Parents. We know now that that's not true — allergies occur when the immune system recognizes a particular substance as foreign and tries to attack it, and that can happen even with a baby. But seasonal allergies do tend to take a little while to show up, because it takes at least one allergy season for a baby's immune system to learn to be allergic to something, explained Parents.

So, depending on what time of year your baby was born, you probably won't notice seasonal allergies crop up until they're at least 12 to 15 months old. And it may take even longer: What to Expect reported that most cases of seasonal allergies don't appear until kids start school.

But you could be seeing evidence of allergies much earlier than that, so if you're concerned, Parents recommended keeping a diary of the symptoms, noting what they are, when they're triggered, and what seems to trigger them. That way you can let your child's doctor know whether there's a pattern; give them a sense for whether the symptoms are, in fact, seasonal; and whether they're worse during the day or at night.

But resist the urge to diagnose and medicate your child yourself. While there are plenty of effective over-the-counter medications, you'll want to speak first to your child's doctor, who may recommend antihistamines, a nasal steroid spray, or something completely different, explained WebMD. Fortunately, many of the latest allergy medications have fewer side effects than previous generations of drugs.

If your toddler's allergies are really severe, they may be able to get allergy shots at some point in the future, but an allergist typically won't recommend that until they're four to six years old, explained Baby Center. Allergy shots work by giving your child's body a tiny amount of the allergen in order to train their immune system to build up a tolerance. If the shots seem to be working well over the course of several months, your child may continue getting them for years to come, Baby Center explained.

So as allergy season descends upon us, here are some signs that suggest your toddler has seasonal allergies.