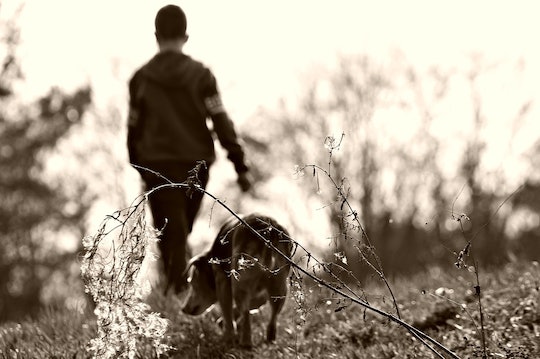 As a mother raising boys, instilling the idea of gender equality is of the upmost important. But modern culture doesn't have my back — not completely anyway. Although there are so many people fighting the good fight and creating positive change, there are also archaic belief systems plaguing our culture and imprinting outdated messages onto little ones. No matter how conscious and mindful you are in your home environment, outside influences can creep in. This means you should always be vigilant for signs you're accidentally raising a sexist, because they can pop up in even the most feminist of households.

According to The New York Times, just about every inch of public space is covered in advertising, including “Little Einsteins” DVDs for preschoolers on the paper liners of examination tables in 2,000 pediatricians’ offices. Ingesting ads and images impacts the way little ones form opinions about the world around them. Additionally, children's books and movies that feed into traditional gender roles add to these daily messages that very subtly perpetuate sexist mentality. Even the most aware and well-meaning parents can't fight off every outside influence. Even though you're little guy likely doesn't know why he has these opinions or ideas about females, these eight signs of sexist ideology can be addressed with love and redirection.