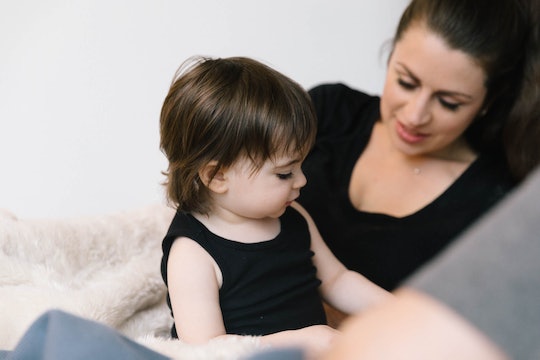 Every couple's wedding day should be magical. Typically, there's months of planning involved, with no detail left unturned. From the rehearsed order of ceremonial events, to napkin color at the reception, it's tedious and the day itself tends to fly by, usually without a hitch. However, when you throw unpredictable kids into the mix, something's bound to go awry. That's why the things every mom with a kid in her wedding worries about on her wedding day are, probably, going to be the biggest source of stress and anxiety.

When my husband and I married, we decided to make our almost 1-year-old daughter my maid of honor. It made sense at the time, and because she'd always been so well-behaved we didn't have much anxiety going into the night before our wedding rehearsal. That is, until it took longer than expected and my darling girl spiraled down a hole of endless toddler tantrums. I couldn't blame her. After all, it was a long evening for all of us. Still, after going through the steps we would inevitably take the day of our wedding, my soon-to-be husband and I were pretty positive something was going to go wrong on what would be a very long day.

When all was said and done, my daughter was a trooper. She had some fussiness near the end of the ceremony, but for the most part we were really proud of how well she tolerated being thrown off her usual schedule for our wedding day theatrics. If only her good behavior saved me from endlessly worrying about all the things that could go wrong throughout that whole day, maybe I'd have enjoyed the experience a little more. Here are some of those things that had me stressed before and after saying "I do," simply because I decided to put my kid in the wedding.