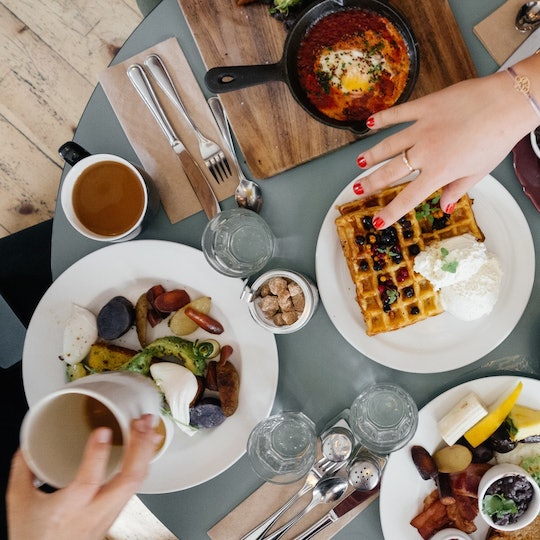 A lot of parents feel their lives are neatly divided into two categories: “before kids” and “after kids.” For parents of kids with allergies, there is another division: “blissful ignorance” and “food as a lethal weapon.” We discovered my son’s peanut allergy when he was 21 months old and I had nothing in my purse to tide him over until lunch other than a peanut butter granola bar, which his 4-year-old sister was able consume to no ill effect. We had avoided feeding his older sister any peanut products before she turned three, as was the recommendation at the time from pediatricians. But like most parents, we had let our guards down with our second kid. Not only had we found most of our worrying, safeguarding behavior (and over-reliance on hand sanitizer) futile, but we simply didn’t have the bandwidth to focus with the same intensity on more than one child.

So when I knew lunch was going to be another hour away and there were no other options at this indoor bouncy house place where we were spending the morning, I unwrapped the granola bar and let Little C take a nibble. He loved it, of course (it’s PEANUT BUTTER! What’s not to love??) and reached out for more. I gingerly obliged.

Until I noticed him rubbing his eyes... with little chubby hands that were breaking out in tiny red dots... as his face started swell.

Instinctively, I stuck a boob in his mouth. Breastfeeding was a crutch I leaned on heavily when my kids got fussy. Maybe he was just coming down with a cold, and was getting fussy. The puffiness around his eyes was alarming.

We rushed him to Urgent Care, which did not take our insurance. They informed us another center was about 10 minutes away and possibly took United. All this while my son’s face ballooned and the redness spread up his arms. Did we even have 10 minutes before he stopped breathing? We stayed, we paid, and he got a super-shot of epinephrine, along with a big slurp of Benadryl.

And he was OK. But nothing about our lives has been the same since. Testing confirmed he has a life-threatening peanut allergy and he goes nowhere without his Epi-Pen.

At five years old, he knows he can’t have peanuts and he asks if new food he encounters has peanuts. We are a peanut-free home and his sister, my husband and I all abstain from consuming peanut products, even outside the home. I couldn’t bear the thought of a trace of a peanut butter cup (OH GOD I MISS PEANUT BUTTER CUPS!!!) lingering on my clothes, and his life being so unnecessarily threatened.

I feel the world is more savvy now when it comes to food allergies than it was when I was a kid. Don’t we all know someone whose kid has a food allergy? And yet, families like ours are still made to feel “other” when it comes to food safety. I’m not saying everyone should go nut- or soy- or dairy- or gluten- or all of the above-free. But please accept the threat of certain foods to certain kids as real.

Close friends and family know not to serve us peanut products. But as my son makes new friends and I find myself accompanying him to birthday parties of practical strangers, I’m surprised by how often I hear some of these annoying things after I share the vital stats of my son’s peanut allergy: