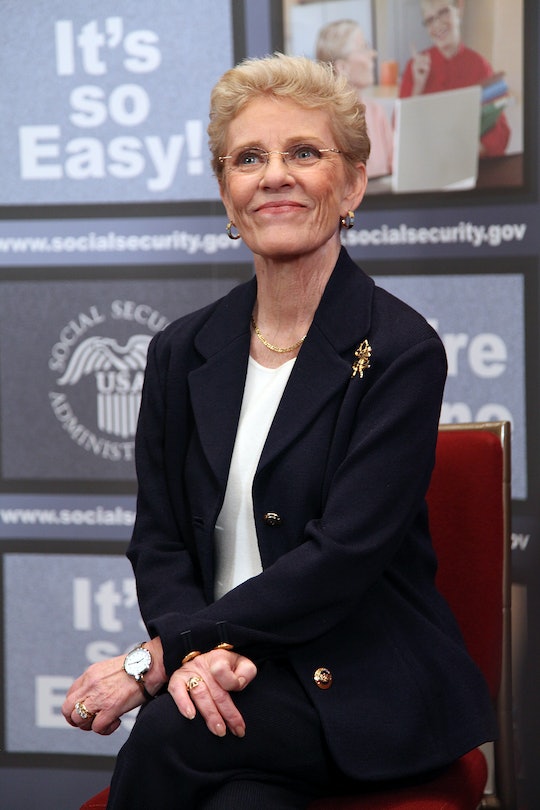 Actress, advocate, and all-around awesome lady Patty Duke died at age 69 due to sepsis from a ruptured intestine. The news came on Tuesday and left fans reeling. Her son, actor Sean Astin, shared that his mother had been in pain recently. The actress gained notoriety in her teens, playing Helen Keller in the stage and film versions of The Miracle Worker, which won her not only awards, but critical acclaim. But that's wasn't all Duke accomplished. Though it wasn't talked about as much, Patty Duke's made many contributions to intersectional feminism.

Duke's early life was rather tragic. Raised by dysfunctional parents, she was eventually sent to live with her managers, John and Ethel Ross, who were controlling and abusive. Duke told Newsweek that she was forbidden from watching herself on The Patty Duke Show, and was so isolated that the show had to hire teenagers to teach her how to act like a regular kid. Duke's early life was also plagued by undiagnosed mental illness, which she said (for better or for worse) informed her role in the critically panned cult classic Valley of the Dolls.

But Duke made it out of those early years intact and stronger for it. Fans who only know her from The Patty Duke Show might be surprised by some of the more subversive roles she later took on, both on and off the screen. Patty Duke did a lot more for feminism than most people realize. A few examples of her varied achievements: