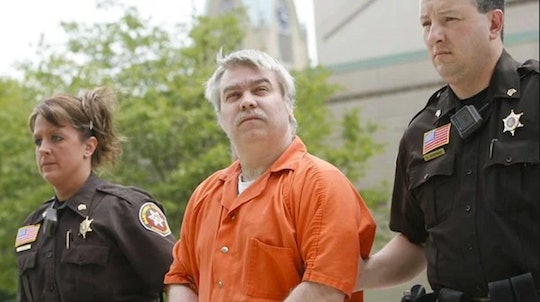 You've watched the Making A Murderer series, and listened to the Adnan Syed "Serial" podcast, but you still want more. You want unsolved true crime documentaries to watch that will awaken your inner Sherlock. And who wouldn't? We as humans love to think, and exercise our brains, and these kinds of stories are treadmills to our cognitive processes. Moreover, we've loved whodunnits since we could get our hands on Clue (I was always that sassy brunette, Ms. Scarlett).

Through these nonfiction stories, we are able to hear different accounts, and try to piece together the puzzles that the court system is presented with on a daily basis. The shows and films also give us a keyhole into the eyes of killers, and potentially innocent people locked behind bars. Do we ever really know which eyes we are looking into? Not really, but that's what makes it both exhilarating and horrifying. There is more horror packed into these films than the gruesome likes of Saw, because they are real, and so are the crimes that have been committed. This genre is eye-opening and makes you take a second look into that supposedly normal next-door neighbor of yours.

So, if you're looking to indulge in a documentary of an unsolved crime, read on for movies and series that are guaranteed to satisfy your inner Sherlock Holmes. Who knows, maybe you'll even solve it.

12-year-old Johnny Gosch was kidnapped in 1982 while going about his usual morning paper route. The boy was never found, but his mother Noreen trusts that he is alive, and in hiding from his kidnappers. The nonfiction film reveals the torn mother's struggles as she seeks answers regarding her taken son, and controversies with the police.

Amanda Knox served four years in prison, but was later acquitted by the Italian Supreme Court for the murder of her roommate Meredith Kercher in Italy in 2007. She says that she's either a psychopath in sheep's clothing or she is one of us. Decide which you think she is in this crime documentary now on Netflix.

The Witness is about the murder of Kitty Genovese. Kitty was stabbed to death just outside of her New York apartment in 1964. A New York Times article reported that she had many witnesses watch her die, but not a soul stepped in to help or alert the police. How can so many people watch such brutality, and do nothing to stop it? This film was made by her brother, Bill Genovese, and inspired psychological research regarding the "bystander effect."

Due to the creepy clown craze, now is the perfect time to watch this doc. Joshua Zeman and Rachel Mills "pull back the curtain" to try and "uncover the truth behind urban legends." Watch as fiction becomes reality, and attempt to determine what's real.

Before Killer Legends came Cropsey, written and directed by Joshua Zeman. This film is an investigation of the New York urban legend of Cropsey, an escaped mental patient rumored to live in the tunnels who would come out at night and kidnap little kids.

6. There's Something Wrong With Aunt Diane

Diane Schuler was driving when she drove her car onto oncoming traffic on the highway. The film is a walkthrough of the accident, and inspects Schuler's reported high levels of alcohol and THC in her blood. The crash took the life of Schuler, among several others, but some of her family said she was not drunk. What actually happened? We'll never really know, but we can definitely try to figure out.

Prominent city resident and novelist Michael Peterson undergoes a murder trial after his wife, Catherine Peterson allegedly died falling down the stairs. The way the court is run is just as intriguing as this murder mystery. Do you dub the death an accident or murder?

This is possibly one of the most alarming cases in a child's disappearance to ever happen (and eerily similar to The Family, a former ABC show). This, unfortunately, is not primetime TV. In 1994, 13-year-old Nicholas Barclay vanished, yet Frédéric Bourdin somehow managed to convince people (for some time) that he was the missing child.