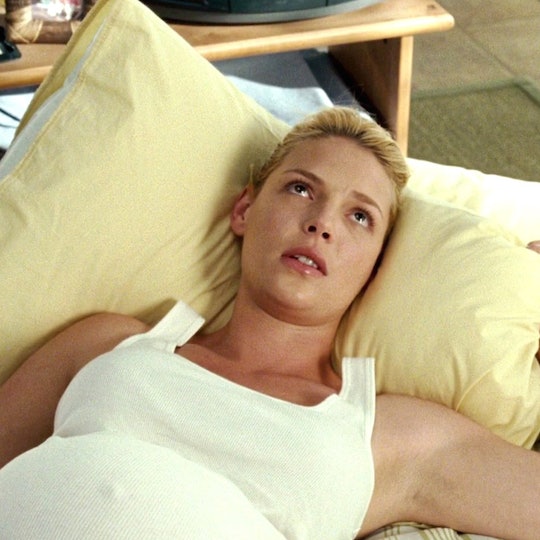 8 Very Sexist Things You Should Never Say To Pregnant Woman

Hey, remember the big party we threw a while ago because we don’t need feminism anymore because sexism is over, because, like, Hilary Clinton or something? I don’t mean to harsh your mellow, but it has recently come to my attention that this might not be the case. I know. I was as shocked as you. Next you’re going to tell me that racism is still a thing! Get outta here. But apparently, women are still subject to prejudice, stereotyping, and discrimination on the basis of their gender. One arena where this bummerific truth this is demonstrated time and time again is motherhood. Long thought of as (and sometimes still considered to be, by some) a woman’s only meaningful role and accomplishment, motherhood summons a very particular brand of sexism; a unique and odious blend of good, old-fashioned concepts of “a woman’s place” and the condescension of everyone overtly or furtively claiming to know better than you. Fun!

While women with children are subjected to sexism on the regular (another article for another day, friends), expectant mothers have their own challenges, annoyances, and discriminations to face. On the appalling end of the spectrum, you have the backward and myopic maternity leave policies in the U.S.; on the less institutional but still quite repugnant end is the fact that pregnant women are often treated like either stupid children who cannot be trusted to make their own decisions, adorable freak shows, or porcelain dolls who should be confined to padded rooms for 10 months.

While all female bodies face challenges in the public sphere that male bodies do not, the visibly pregnant body in particular becomes public property. Complete strangers feel emboldened to rush over, rub your belly, and give you out-of-date, unsolicited advice from their experience of having a child 45 years ago (or never). Or like when your non-church-going self is sitting in church because your husband’s churchgoing grandmother is in town, and the priest (also a total stranger) will come up to you in the middle of the service, make the sign of the cross on your belly with his thumb, and thank you for choosing life. (It happened. It was massively offensive and uncomfortable.)

Sadly, a lot of the time we don’t even recognize the things we say to pregnant women as being sexist; they’re that ingrained. To help you avoid being a douchebag, here’s a list of common questions and statements we just need to eliminate from conversations about and with expectant mothers:

More Like This
18 Pregnancy Announcement Ideas Break The Good News To Your Family
Are Movie Theaters Too Loud For Pregnant People? OB-GYNs Explain
A C-Section Actually Doesn't Take As Long As You Think, According To Experts
Katrina Scott On Being First Pregnant Model In Sports Illustrated’s Swimsuit Issue