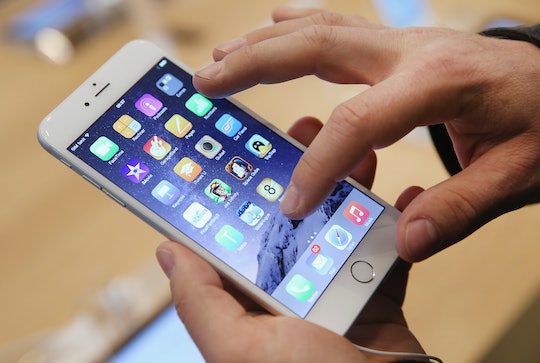 Last week, Apple confirmed what customers have longer suspected: the company intentionally slows down the performance of older iPhones. The company insists that it's not a ploy to get customers to upgrade to the newer models, rather, it's to preserve the integrity of phones with older batteries, which might otherwise shut down unexpectedly. In response to the ensuing backlash from customers, Apple is now offering to replace the batteries on older phones at a discount, but there are ways to make your old iPhone faster without spending a dime, if you're just too furious with Apple to pay the company any more money.

Obviously, replacing the battery is the easiest workaround, and between late January 2018 and Decemeber 2018, anyone with an out-of-warranty iPhone 6 or later can get one for $29, rather than the usual $79 charge. But you might not even need a new battery, after all. The throttling software update doesn't slow down all old phones; to tell if yours is affected, look for longer app launch times, lower frame rates, diminished volume or brightness, or a disabled camera flash. If that sounds familiar, according to Apple, your phone is among the affected. But regardless of the reason your iPhone's sluggish, try these tips to perk it back up again:

iPhones are designed to work best between 62 degrees and 72 degrees Fahrenheit, according to Apple. That doesn't mean you can't take your phone outside, but extreme temperatures can be a real problem. When it's less than 32 degrees, you'll see the temporary slowdown, but things should go back to normal once your phone warms up. However, exposing your phone to temperatures above 95 degree, or charging it when it's too hot, can permanently damage your battery capacity, causing that throttling for the rest of its life. If your phone gets hot when you charge it, Apple recommends removing the case before plugging in.

It's the first piece of advice you'll receive whenever you call technical support. Rebooting a device gets rid of all those little bits of digital garbage clogging up its memory and causing it to run slowly. If you haven't been to the movie theater lately, chances are you haven't powered off your phone in a while. You'll survive without your screen for two minutes, I promise.

...Or Just Clear Out The Ram

If you really need to speed your phone up fast and don't have time for a reboot (maybe you just spotted a celebrity at the airport, and you're furiously trying to find their name on IMDb before they get away?) you can clear out your RAM by holding the power button until you're given the option to power off, then holding the Home button until the screen goes black, then back to normal, according to TIME.

Yup, it's the second thing that IT always tells you. You might only think of clearing cache and cookies on your computer, but don't forget, smartphones are basically tiny computers, and they need the same treatment. You can clean out your browser by going to Settings > Safari > Clear History and Website Data, but did you know that other apps have cache and cookies, too? According to BGR, you can go through your settings menu to clear out the data on Podcasts, Music, Game Center, iMessage, and Phone apps. For other apps, open the App Store and tap the icons at the bottom of the screen 10 times in a row. You'll know it worked when the screen briefly goes blank.

Free Up A Little More Memory

If that wasn't enough, there's one more way to streamline your iPhone's memory, the biggest drag on performance speed. iPhone Life magazine recommends the free app Battery Saver, which can boost memory with just one tap.

Now that you've deleted all the little useless things, let's move on to the big ones. Go through youR apps and see if there are any games you no longer play, or obscure things you definitely needed at the time, but are now just taking up space, like the Universal Orlando wait time app, or the one you downloaded to request songs on the jukebox at the bar. All of your messages since the beginning of time? Lose 'em! 3,000 pics of your baby? Move them to the Cloud! And do you really need Beyoncé's entire catalog on your person at all times? You do? OK, then. Moving along...

When you tilt, swipe, or launch apps, your iPhone shows animated effects because it looks kinda neat. You don't need it. Get rid of them in three steps, courtesy of CNET: first, go to Settings > General > Accessibility > Reduce Motion, and toggle the switch to On. Then, back out to Accessibility and tap Increase Contrast, and toggle the switch to Reduce Transparency. Finally, if you're not into Message Effects, you can disable auto-play for those, as well.

Does your grocery list app really need to know where you are? No, it does not. So stop letting it track you and draining your phone. Go to Settings > Privacy > Location Services, and turn it off for all the apps that don't actually need to know your coordinates. You can also stop apps from running in the background without your permission. You might want to allow Twitter or your email to constantly update so you can stay on top of your messages, but plenty of apps only need updating when you actually launch them, so stop letting them run wild. Go to Settings > General > Background App Refresh and switch apps off as needed, or if you really don't care about your notifications when you're out and about, you can tap Background App Refresh at the top and allow all apps to only refresh when you're on Wi-Fi, which takes less power, and saves data.

If your iPhone is still slow after all that, you might be on the hook for a new battery or a completely new phone, after all. But have you considered the idea that you might just be impatient? When I was your age, we didn't even have smartphones, so maybe just be grateful for what you've got, kid.