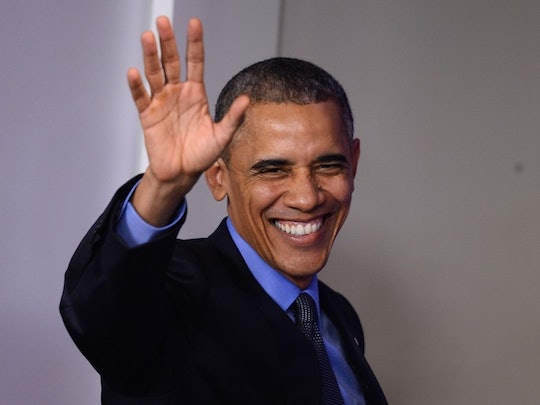 President Barack Obama spent Thursday afternoon on Twitter, answering questions from people who tweeted using the hashtag #AskPOTUS. Though he only answered a handful of questions, he covered a wide variety of topics, from health care to gun control to basketball. The president participated in the event while visiting McKinley High School in Baton Rouge, Louisiana for a town hall that morning, according to the Advocate. There are a number of questions Obama didn't answer during #AskPOTUS, though, and some that definitely deserved some air time.

Obama was also asked what his greatest presidential memory was, and he responded that it was the night that the Affordable Care Act passed. He said he was standing on the Truman balcony with his staff, thinking about how they had just helped millions of Americans. I love how he always gives credit where credit is due! A few more choice tweets:

But what about the questions he didn't answer? I combed through the hastag and found a few well-deserving tweets that urgently need to be addressed:

More Like This
Barack & Michelle Obama Shared The Most Adorable Baby Photos Of Malia On Her Birthday
Obamas Issue Powerful Statements After Supreme Court Ends Roe v. Wade
Is It Safe To Keep Using Period & Fertility Apps In A Post-Roe America?
You Can Schedule Your Kid’s Covid Vaccine Appointment At Walmart