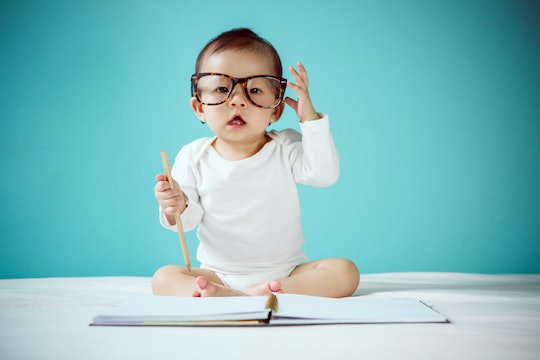 What's in a name? An IQ, apparently. Genealogy website MooseRoots done some research and has compiled a list of the most common names for smart girls and boys. Their database consists of 14,750 names of the cleverest folk out there, including philosophers, Nobel Prize winners and composers, among others. And from all of these monikers, they found which ones reappeared the most, and deemed these the smartest names out there. According to their research, here are the ten most common genius names for boys and girls:

(The only Beatle missing here is Ringo, but that might because he's the only genius/famous Ringo out there.)

So, is the MooseRoots's data rings true, then naming your daughter Mary gives her a higher chance of growing up to become a best-selling author or to cure cancer. Naming your son John means he'll probably discover a new planet or compose the next Hamilton.

So what if you're not a fan of the name Maria? Or you already have a Susan in your family? Does this mean you are depriving your daughter the chance to someday be a member of Mensa? No, you most definitely aren't. There are so many female geniuses out there, many of whom are not an Alice or Elizabeth. Here are nine other names to give your daughter so you can name her after a brilliant lady and encourage her to grow up to be super smart.

Virginia Woolf is perhaps one of the most famous female authors of all time, and her work continues to be important and meaningful almost a century later.

Not only is Natalie Portman a brilliant actress, she's just plain brilliant. In addition to her Oscar, she graduated from Harvard, where she co-authored two scientific papers.

Emmy Noether was a mathematician, known for her work in abstract algebra and theoretical physics. She even has a theorem named after her — and that's when you know you've made it.

There are plenty of brilliant Sofia's out there, not the least of which is director, screenwriter, produce, and actress Sofia Coppola. It's one thing to wear that many hats — it's another to wear them all extremely well.

In addition to being an acclaimed poet and civil rights activist, Maya Angelou has been awarded over 50 honorary degrees. Her work has moved so many and has had such a profound impact on the world.

Scientist, anthropologist and UN Messenger of Peace, Jane Goodall is brilliant, kind, and a terrific namesake for your daughter.

You may know of Hedy Lamarr as an old time movie star, but did you know that she was also an inventor? She created a radio guidance meant for the Navy in World War II, that went on to be the basics behind GPS and bluetooth. So you have her to thank for Instagram's location services, in a sense.

Joanne: That's the J in J.K. Rowling. And when it comes to brilliant women, she of course ranks highly on the list.

Émilie du Châtelet was a French physicist and mathematician during the Enlightenment, and contributed to Netwonian mechanics. And to think she did all of that while wearing a corset — imagine what she could have accomplished if she could actually breathe.