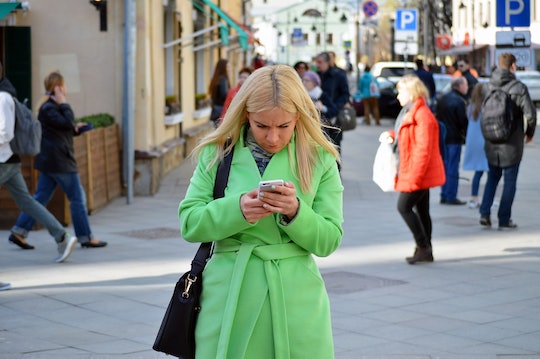 Though some might say they don't care about what others think of them — and genuinely mean it — I'd argue that the vast majority feels otherwise. Even if someone else's opinion only matters a bit to you, you've probably felt at least somewhat curious if it was a negative critique. I, for one, know I've been on the receiving end of many "judging you" stares and am left scratching my head trying to figure out what I did. As it turns out, there are some common daily habits that you don't realize make people think less of you. Before you rush to any pessimistic conclusions, remember that if you can recognize a detrimental pattern, then you can fix it, too. Turns out, as any '90s kid will confirm, G.I. Joe was onto something when he said, "knowing is half the battle."

You're probably already familiar with the actions that society as a whole tends to frown upon. As Entertainment Weekly noted, on The Good Place they have a pretty basic point system on good or bad social interactions. "Telling a woman to smile docked someone 53.83 points," creator Michael sure explained. So what kind of daily actions are unknowingly giving others a less than stellar impression of you? Check out these common habits that make people think less of you.