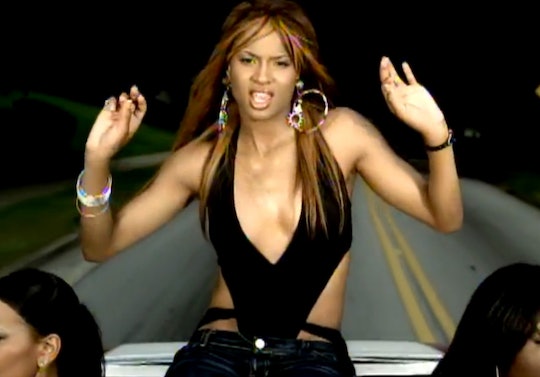 9 Early 2000s Songs You Didn't Realize Were Dirty Until Now

Oh, the early 2000s. It was an era of trucker hats, bizarre reality shows, and some pretty raunchy songs. Actually, there are several early 2000s songs you didn’t realize were dirty. For instance, I recently heard “Peaches and Cream” for the first time in years and just realized he’s not singing about ice cream. At least not in the literal sense.

But it’s cool. When you’re younger, some lyrics are just too subtle for you to catch, which is probably a good thing. But when you encounter these songs again as an adult, it’s easy to see just how dirty these double entendres can get. In fact, some are more like single entendres they’re so direct. And part of the meaning was probably obscured by the radio edit versions of these songs; when you hear the unedited track on Pandora as an adult, it's enough to make you blush.

However raunchy these songs may be, they’re still great fun to play all these years later. I mean, I still sing “hot and fresh out the kitchen” to myself when I’m cooking. Music was a lot of things in the early 2000s, but it was definitely catchy. Here’s a roundup of the songs from that era that mean something a little different than what you may remember.