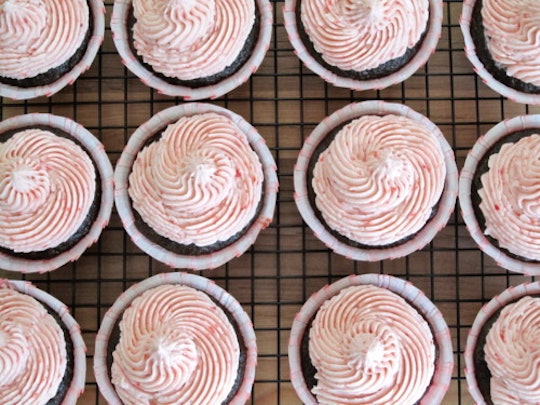 The end of January - or first weekend of February - is an important time for football fans. This year's Super Bowl will take place on Sunday, Feb. 5 and pit the the New England Patriots against the the Atlanta Falcons. If you're planning on cheering the Falcons on to victory, throwing a red and black themed party will help you feel more festive. Thinking beyond decor with Falcons-colored recipes to take your party to hostess-with-the-mostess-level.

Although the Patriots are frequent Super Bowl competitors, this year's game marks the Falcons' first appearance since January 1999 and is only their second appearance ever, according to CNN. Needless to say, Atlanta fans are very excited.

Although team spirit, the Half Time Show, and the commercials often get a ton of attention the day of the Super Bowl, food and drinks deserve their time in the spotlight. In fact, I'd go so far as to say that the best part about Super Bowl parties is the food. If it means it's perfectly acceptable to graze on appetizers for hours, I'm all for it. This year, make sure your food is game day-ready - you'll need plenty of fuel to cheer on the Falcons.