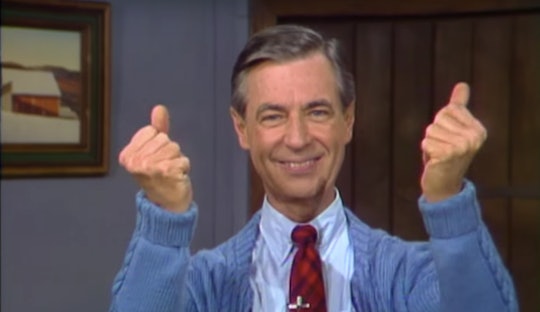 The vast majority of us millennials have fond, if vague, memories of Mr. Rogers and his cozy neighborhood. I, for one, can just about sing the theme song on command, and if I close my eyes, I can exactly picture the spot where he would take his shoes off every day and hang up his sweater. Even twenty-five years after watching an episode of Mr. Rogers' Neighborhood, I'm still just as captivated as I was decades ago. And these fascinating facts about Mr. Rogers will make his fans love him even more.

Fred McFeely Rogers was a fixture in most households between 1966 and 2000, when Mr. Rogers' Neighborhood aired almost 1,000 episodes. Mr. Rogers not only starred in the show, but he voiced all of the puppets, composed the music and wrote the scripts. And somewhat unsurprisingly, he "personally answered every piece of fan mail he received," according to The Atlantic. In an age when I can barely manage to respond to all my direct messages on Instagram, that's darn impressive.

Mr. Rogers was a relatively simple personality on television, creating a safe place for children and constantly reminding them that they were lovable and worthy. But he was downright fascinating offscreen, too. From his consistent weight down to the pound, to the maker of his sweaters, he's worth learning about even almost two decades after his death.

More Like This
Everything We Know About The Cambridge Family's Sweet New Dog Orla
Prince William Opened Up About Living With Grief In A Raw Speech
Dwyane Wade & Kaavia James Took "Twinning" To A Whole New Level In These Sweet Photos
Rihanna & A$AP Rocky’s Baby Is Here!