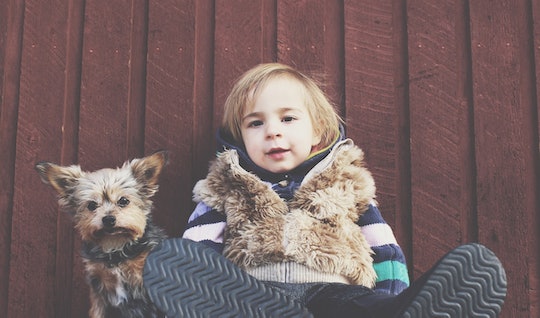 9 Frustrating Stages Of Searching For The Perfect Preschool

Only in hindsight did I find it odd that once I had done the heavy lifting of raising a baby through toddlerhood, I was going to hand her off to the professionals. But it was time! Aside from me, my daughter had received wonderful, focused care from a babysitter, her grandparents and her dad when he left his job. When she turned two, she had developed an insatiable itch to know more about the world than our small apartment could provide. No problem, small fry. I could easily help with that. At least, that’s what I assumed. How hard could it be to find the perfect preschool for our firstborn in New York City, where the options feel limitless and toddlers fit right in with the whole mantra about the “city that never sleeps?” Harder than I ever imagined, I would soon find out.

For starters, let’s face it: The choice of where to send her was more about me than her. I had only known her for 24 months. How could I possibly have a solid understanding of what kind of environment would help her evolve to a “life-long learner?” I realized was making the decision about where to send my daughter to preschool based on where I thought I would want to go. Also, New York City's infinite early childhood education options, initially guessed to be an automatic strength in the search process, ended up feeling a bit overwhelming; It ultimately would've been nicer to have, like, 3 decent preschools to choose from, and have that be that.

What started as an exciting adventure took harrowing turns, as I navigated the many stages of searching for her preschool. Regardless of where you're searching, no matter if where you live is host to 3 preschools of 300, there are certain stages that I'm fairly certain most parents endure while on the hunt.