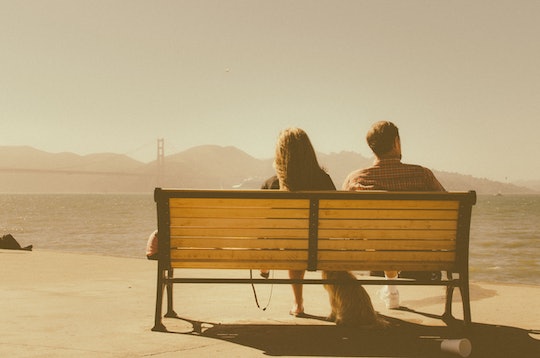 9 Habits Of Successful Long Distance Couples, Because Miles Don't Have To Mean Misery

I spoke with four couples who have all been in long distance relationships for at least a year, to get to the bottom of how they stay happy while they're so far away from the one that they love.

Dave and Elise were pulled to opposite ends of the country following their dream jobs, and have been together for six years - four of which, they've done long distance.

Sarah and Courtney are the product of the age of internet dating. They met three years ago, when Courtney was visiting Sarah's area, and have been together since.

Ruby and Ted had only been dating for three months when Ruby was offered a promotion at her job that came with a relocation. They decided to give the long-distance thing a shot, and are still together over a year later.

Nick and Brad have been together for two years, and continue living on opposite coasts.

More Like This
43 Instagram Captions For National Brother’s Day That Say It All
Say What's In Your Heart With These Stepmother's Day Quotes
Stepmom Quotes & Sayings For Every Occasion
What Is Monkeypox & Should You Be Worried? Here’s What You Need To Know