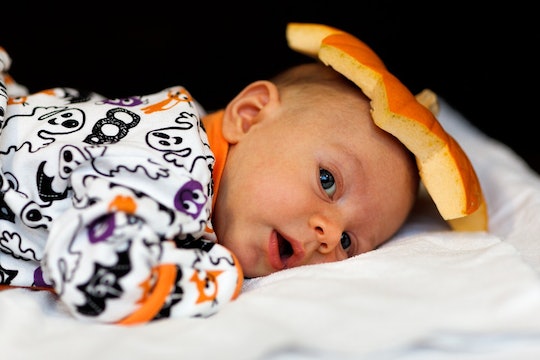 Your baby’s first Halloween is arguably the best holiday of their first year, second only to their birthday. They are as cute as ever, and the perfect unsuspecting subjects of just about any costume you want to try (they don’t start having opinions on the matter until at least 2 years old). The problem is that, unfortunately, Halloween costumes usually take a lot of thought and effort to create. And, if you’re like most moms, having more than an hour or two to dedicate to your baby’s costume is a rarity. And so, lazy halloween costumes for babies are the best alternative.

Luckily, your baby won’t be able to tell the difference and they’ll still look just as cute as they would in a costume you spent months designing or dropped an ungodly amount of money on. Since they’ll only wear said costume once, spending minimal effort and money on it is perfectly acceptable and shouldn’t make you feel like a lazy mom (even if the costume itself is a bit, well, lazy).

Instead of shelling out too much money or spending too much time on a costume that your baby will only wear once, spend your time enjoying their first Halloween. Besides, these “lazy” ideas are just as cute and unique as anything you’d find in a store.