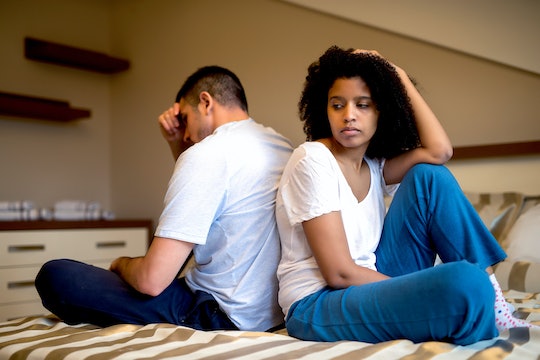 Getting married is one of the biggest decisions a person can make, and figuring out what you want in a life partner is crucial. If this is something you want in your own life, then knowing the reasons a guy doesn't see you as marriage material can be helpful. From there, you can decide what men are marriage material to you.

In many ways, marriage is becoming less common for Americans across the board. Recent research on marriage has shown an overall decrease in the number of people tying the knot, according to the Pew Research Center (PRC). For instance, almost 60 percent of people aged 18 to 29 were married in 1960; by 2010, only 20 percent of this age group was wed, according to the PRC. People are delaying marriage until later in life, or going without it altogether.

So what qualities would make a modern guy want to get hitched? Stats are great, but there's a lot to be said for getting advice from real people. To learn more, I asked men on my social media, as well as a few IRL people, about what constitutes marriage material. This informal and in no way scientific poll did shed some light on the qualities some men seek in a life partner. If you're curious what keeps the opposite sex from committing, read on to hear what they have to say.