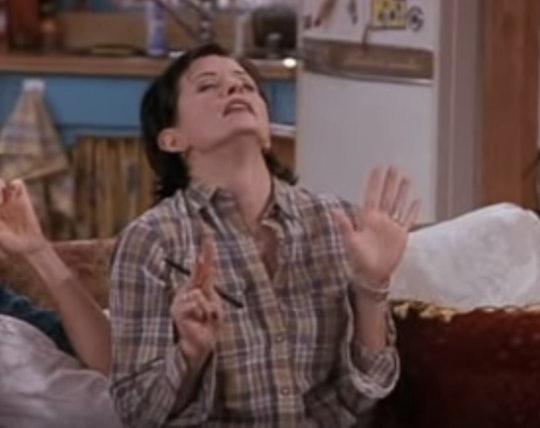 There's a seemingly never-ending list of priorities that fills a woman's day. From school to work to paying bills to nailing an interview to taking care of her kid to taking care of friends to everything and anything in between, women are (usually) very guilty of caring about others more than they care about themselves. Mothers, especially, are told by an unforgiving society that motherhood and martyrdom are synonymous, and in order to be a "good mom," you must sacrifice absolutely everything.

This, clearly, is just not true. In fact, every woman (whether she's a mother or not) would benefit from putting herself first. One way to do that? Putting orgasms at the top of that intimidating priorities list.

Whether you're having a little help with one or multiple partners, or you're spending some quality time with yourself, orgasms have so many benefits — physically, emotionally and mentally — that it's a shame we're taught that the female orgasm is "allusive" and "difficult." I mean, we're mostly taught this by men who simply don't take the time to learn about a woman's anatomy and the multiple ways she can be pleasured, so...grain of salt.

Just because it is difficult for some people to help a woman achieve orgasm, doesn't mean that the female orgasm is some mythical, otherworldly concept that cannot be experienced on the regular. (In fact, who even says you need a partner? No one, that's who.) No, the orgasm can be made a normal, consistent part of a woman's life. Just because the patriarchy shuns women for embracing and expressing their sexuality, doesn't mean that sex and orgasms and pleasure are any less important to daily life. Here are 9 reasons why every woman should make orgasms a high priority, because feeling good is just damn necessary.