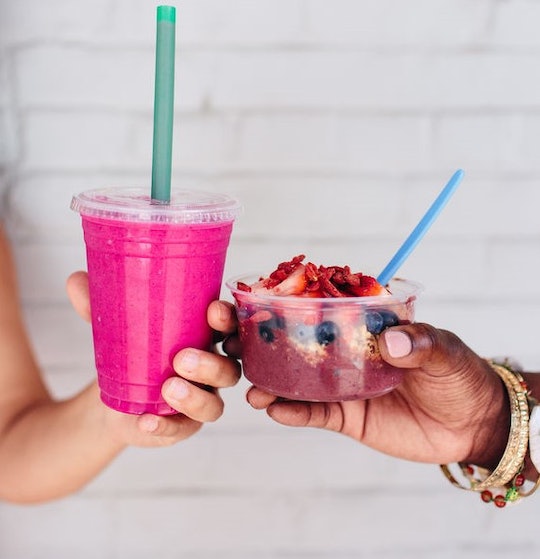 9 Seemingly Healthy Foods That Are Actually Bad For You

Deciding to eat healthier is a smart move, but it isn't always easy. Sometimes, choosing which foods are actually healthy can be something of a chore. When so many seemingly healthy foods are actually bad for you, it can be difficult to tell friend from foe in the food world. However, learning more about these misleading food options now could help you make healthier choices in the future.

There's a pretty strong consensus about which ingredients in food are generally unhealthy. "Sodium, sugar and fat (saturated fat and trans-fat) are key ingredients one should always monitor when eating out and shopping at the grocery store," Vilma Andari, M.S., said to the American Heart Association (AHA). "The American Heart Association recommends keeping the consumption of saturated fat to less than 7 percent and the consumption of trans-fat to less than 1 percent of an individual’s daily calories." Salt consumption should max out at 1,500 milligrams per day, and no more than 6 teaspoons of sugar a day are recommended, as further explained by the AHA. Although it should be easy to watch out for excess amounts of fat, sugar, and salt in most foods, some sneaky eats can contain a surprising amount of these ingredients. Read on to learn more about the foods that might not be that healthy in reality.

More Like This
Baby-Led Weaning: A Comprehensive Guide To Introducing Solids
31 Sweet & Savory Apple Recipes To Make This Fall
These Oktoberfest Instagram Captions Will Get Likes & Prosts
Can Elderberry Help Prevent Illness In Kids? Doctors Weigh In