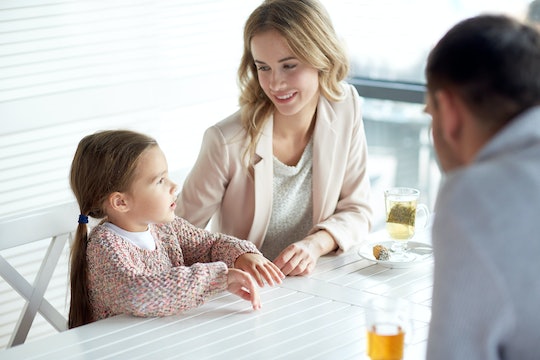 9 Signs Your Child Is Honest, Not Rude

For the most part, children don't seem to have any kind of filter when it comes to speaking their mind. On the one hand, that can put you, as a parent, in some pretty awkward social situations, like when your kid tells a stranger that she looks old (yup, that's happened). Yet, on the other hand, it's refreshing to hear a child speak straight from the heart, like when they tell you that you're their best burrito buddy (that happened, too). So instead of feeling embarrassed by your child's frankness, consider looking for signs your child is honest, not rude.

People say honesty is the best policy, but is that sentiment extended to children? Often times, no, it isn't. In my personal experience, I receive two very different reactions from people when my son speaks the truth. Either people find it adorable that he says the bold things most people only think, or people take offense and throw shade at both of us solely because he read them like a book at the library.

So the next time someone gets salty about your child telling them what's the tea, just remind them of all the ways your child is honest, not rude.