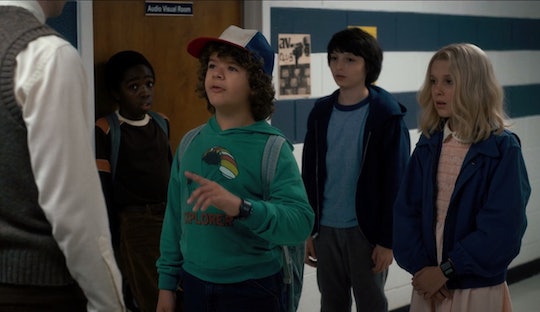 A few weeks ago, my daughter and I sat down to watch the Netflix original series, Stranger Things. Like the rest of the world, we were hooked after one episode. The characters' perfectly period '80s garb inspired me to put together some pieces that would be perfect for Stranger Things Halloween costumes for babies and kids (because grown-ups started cosplaying Stranger Things on the day it was released.)

I grew up with the iconic '80s movies to which Stranger Things plays homage. I kept telling my daughter, "This reminds me of E.T." or "This part is just like Stand By Me." The series made me nostalgic for some of my favorite movies such as Gremlins, Poltergeist, Carrie, and The Goonies.

What makes Stranger Things the perfect inspiration for Halloween costumes and cosplay is that the characters' midwestern '80s attire is just so darn hideously realistic. It's far-removed from the stereotypical neon, lycra, leotard, off-the-shoulder and side ponytail look everyone falls back on for their '80s-themed parties. Stranger Things kindly reminds us that the '80s were more than sequined and lace gloves a'la Michael Jackson and Madonna or the hot pink florescence of Miami Vice.

Here is how you can dress your baby up in realistic '80s attire this Halloween inspired by the most memorable characters on Stranger Things.