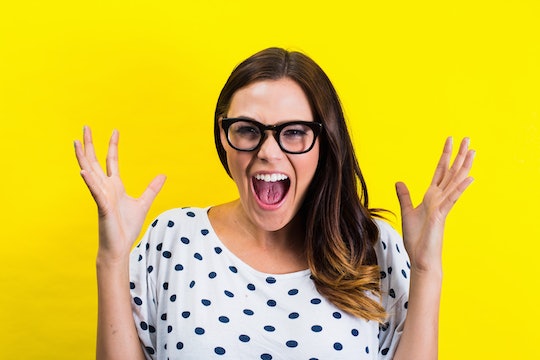 Have your teenage drama queen days followed you into adulthood? Sure, it's OK to have a minor freak out every now and then, but when others often say you're overreacting, you may have a personality problem. This could be one of the subtle signs you may be just a bit dramatic. It's better to nip these bad habits in the bud before you start to thrive on the dramatic lifestyle.

In an interview with CIO, co-author of The Drama-Free Office: A Guide to Healthy Collaboration with Your Team, Coworkers, and Boss Kaley Klemp said it's important to notice who's engaged in the drama to get at the root cause of a conflict. The more you stay away from drama, the better off you are. Additionally, Klemp said there are four primary "drama types," which include complainers, cynics, controllers, and caretakers.

Get a grasp on your dramatic personality before it has negative effects on your friendships, relationships, and overall outlook on life. Want to make a change before it's too late? Here are some hints that you may be a bit dramatic.