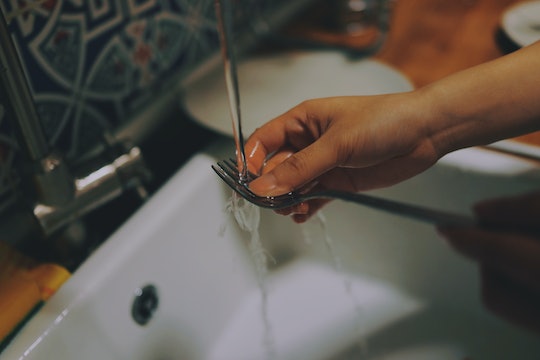 The 9 Subtle Symptoms Of OCD You Shouldn't Ignore

In popular media, characters with OCD are often portrayed as quirky people who just like cleaning too darn much. The truth of this condition, however, can be quite different in real life. In fact, the subtle symptoms of OCD sometimes manifest in unexpected ways.

To begin, it's helpful to understand the condition in greater depth. Obsessive-compulsive disorder (OCD) is a condition that causes a person to experience recurring thoughts or behaviors repeatedly, according to the National Institute of Mental Health (NIMH). The obsessions may include a fear of germs, for instance, whereas the compulsions may include a desire to clean excessively, as further noted by the NIMH. These may be the most well-known ways in which the condition manifests, but OCD can also show up in some unexpected ways as well. For instance, people with OCD may develop an intense fear about accidentally hurting someone, or spend an inordinate amount of time worried about a loved one's safety.

For better or worse, OCD is a fairly common disorder. As noted by the Anxiety and Depression Association of America (ADAA), OCD affects approximately 2.2 million people in the United States. What's more, many people first experience symptoms in childhood or early adolescence, as further noted by the ADAA. Because the symptoms can be subtle, however, it may take time to diagnose the disorder.