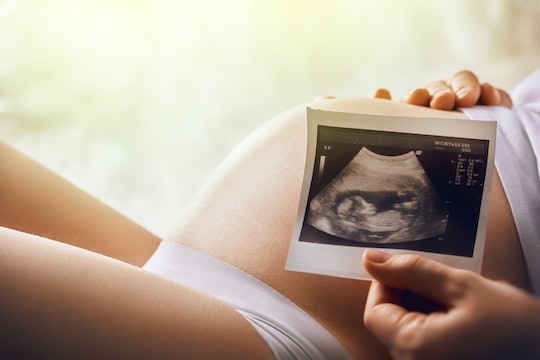 9 Symptoms That Mean You're Probably Pregnant

Whether you're trying to get pregnant or not, there comes a time in most women's lives where they wonder if they're pregnant. Before calling your doctor or shelling out money for boxes of pregnancy tests (seriously, they're kind of pricey), there are some signs you can look for to help you figure it out. Admittedly, things can get really confusing because so many pregnancy symptoms mimic period symptoms. It may be really hard to discern between what's PMS and what's pregnancy, but thankfully, there are common symptoms you're pregnant to use as your guide.

There are no shortage of stories of women who are pregnant and have no idea. It does happen and it's not totally bizarre in fact. According to an article in The Huffington Post, one in 450 expecting women don't know they're pregnant until 20 weeks or later. One in 2,500 don't know until they're in labor. For many women with normal pregnancies, symptoms present themselves pretty early on and there is no mistaking certain physical changes.

I knew right away I was pregnant with my daughters because I experienced about every sign of early pregnancy, before I ever got in to see my OB-GYN. I'm not sure if that's lucky or not, seeing as how horrible I felt in early pregnancy, but it did help me stay away from booze and coffee (because both looked and smelled gross to me in those early pregnancy days). Here are nine red flags you're probably pregnant that can help you figure it out even before you pee on a stick.