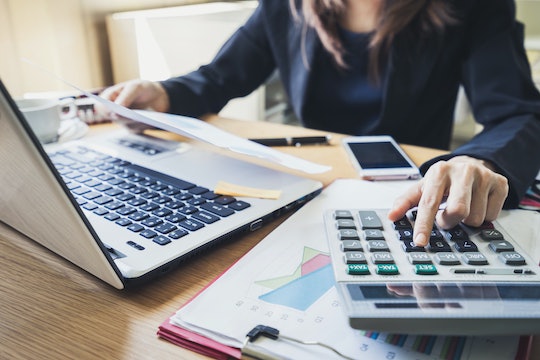 Most working women are probably already acutely aware that, many times, their male colleagues make more money than they do, get better and more challenging projects and assignments, and get promoted more quickly. Part of the reason why has to do with gender stereotypes, which can color even the best performance record. Because of these gender stereotypes, there are things that get men promoted at work but that hold women back, which is, frankly, infuriating.

When women do the same things that their male coworkers get praised for doing, all too often, they find that they're hit with resistance, blow-back, consequences for doing the exact same things that are valued so long as the person doing them is a man. Women are told to speak up more, self-promote more, take more credit, and so much more in order to show the higher-ups that they're qualified for and deserving of a promotion, raise, or new challenge, until they actually do those things, at which point they're instructed to be nicer, listen more, and do less. It can be confusing and frustrating for women who feel as though they're getting mixed messages. They're told that this is what they need to do to move up, but then find that they're still left behind, while the men who do these same things are rewarded instead.