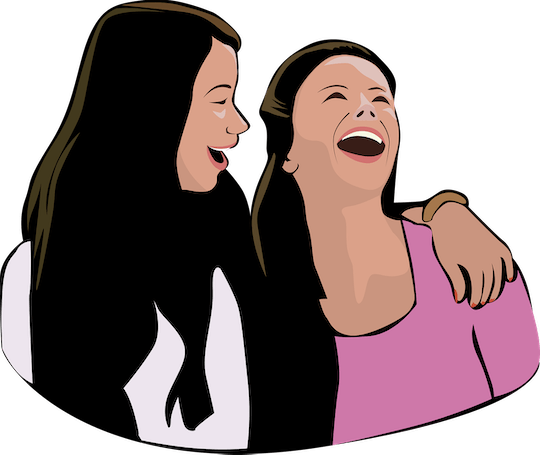 9 Things That Make You More Likeable, According To Science

Have you ever noticed that some people are just innately likeable? The people who you meet and, within five minutes, you're convinced you have to be friends with them. Or the people you've heard so many great things about and wonder how it is they're just so great. It's no coincidence. It turns out, there are actually things that make you more likeable, according to science. That's right, some people are just scientifically more likeable than others.

More Like This
Therapist Says: Alone Time For Moms Is A Necessity, Not An Indulgence
Lightning Crotch Can Actually Tell You These 7 Things About Your Pregnancy
30 Quotes for National Brothers' Day
The Nonmonogamous Moms Next Door

But don't let that deter you from becoming the likeable person of your dreams. It's entirely possible to channel that kind of energy by adjusting a few of your daily habits, and integrating the habits while you're around other people. The following things don't require a major personality overhaul. In fact, they don't even require much practice. Most of the things that make you a more likeable person are no brainers, but it's the science that backs them up that makes them all so interesting. Even if you're not the most social creature, or you seem to put your foot in your mouth more often than you'd like — take a read through the following things that make you a more likeable person according to science, and see how you stack up.